Collins Street Baptist Church has a long and colourful story. Since its beginnings in the early 1800s, it’s been home to a community of people committed to the Christian faith and to living that faith here in the city of Melbourne.

Melbourne’s first Baptist service was held in 1838. The congregation met in a tent on land where the Regent Theatre now stands and was constituted as the Collins Street Baptist Church in 1843. It had a membership of just 16 people.

The first chapel was built on the present site in 1845. However, by the end of 1850s the congregation had outgrown its space. Joseph Reed, the architect who designed the Melbourne Town Hall, was commissioned to enlarge the church building. Consequently, Reed demolished the original structure and replaced it with the present one opened in 1862. The classical temple façade with its four Corinthian columns places the building in the neo-Greek architectural tradition rather than the gothic style used for many of Melbourne’s churches. It reflects the Baptist understanding of the church as a community of believers rather than a sacred building. Heritage Victoria describes it as the grandest classical church in Victoria.

So much has changed since those early days, but some things remain the same. From its beginning, Collins Street’s story is one of ordinary people passionate about the gospel’s power to transform lives and the role of the church in bringing change to society. 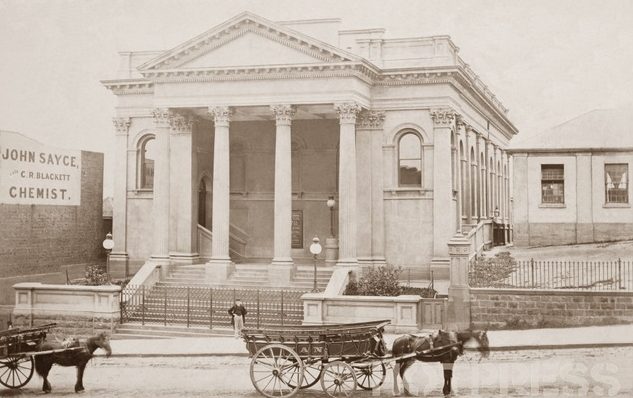